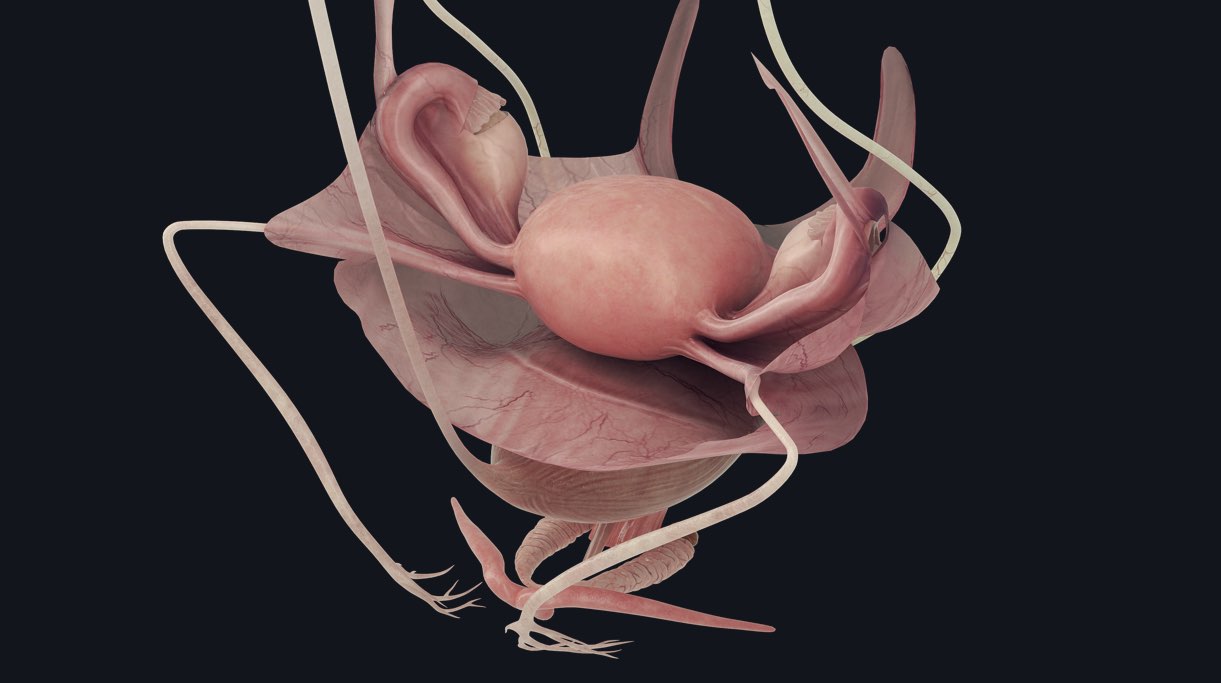 The female reproductive system is responsible for the production of the female gamete and steroid hormones. It is also responsible for supporting the fetus and delivering it through labor. Consisting of both internal and external organs, this snippet will focus on the internal organs of the female reproductive system: the ovaries, uterine tubes, uterus, and vagina.

Paired ovaries can be found in the pelvis, on either side of the uterus. They function to produce the female gamete, the oocyte, and also produce the sex steroid hormones oestrogen and progesterone.

Each month a single secondary oocyte is released from the ovaries into the oviducts. The oviducts are paired tubes that extend from near the ovary to the top of the uterus.

Fertilization normally occurs in the oviducts, allowing the secondary oocyte to complete meiotic division and form the ovum. The merging of the sperm and oocyte nuclei form a zygote, which develops into a morula, and finally a blastocyst.

The oviducts allow the transport of this blastocyst to the uterus; the tubes have a ciliated inner mucosal layer and a smooth muscle layer which aid in this movement. ?

The uterus is a hollow muscular organ that can often be divided into three parts: body, fundus, and cervix. The wall of the body and fundus consist of a number of layers: perimetrium, myometrium and endometrium.

The cervix is found at the terminal end of the uterus where it protrudes in the vagina. It facilitates the passage of menstrual fluid from the uterus to the vagina and directs sperm in the opposite direction towards the uterine ducts.

The vagina is a fibromuscular tubular tract that functions as a receptacle for the penis during sexual intercourse, carries sperm and also acts as a birth canal during childbirth. ?

Learn the intricacies and anatomical relationships of the female anatomy with the world’s most advanced 3D models of the female thorax and pelvic prosections. Try it for FREE today.